We Welcome New Patients - Serving  Greater Stamford for over 30 Years!

Give us a call at:

Or send us an email.

Get the latest news about chiropractic.

Finding a reliable and trustworthy chiropractor doesn't have to be a stressful experience.  Dr. Weinstein graduated at the top of his class, is board-certified and has a long-standing relationship with the Stamford community. 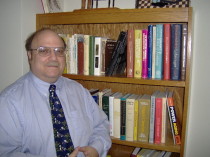 He continued his education with post graduate training of the Cox Flexion-Distraction Technique for lumbar (low back) disc inuries.

He has been practicing in Stamford since 1983, serving the residents of Fairfield County.  He is actively involved in the community, having served on the Environmental Protection Board as well as the Board of Representatives.  Dr. Weinstein also taught Biology, Anatomy and Forensics in the Stamford School System and other Fairfield County districts.